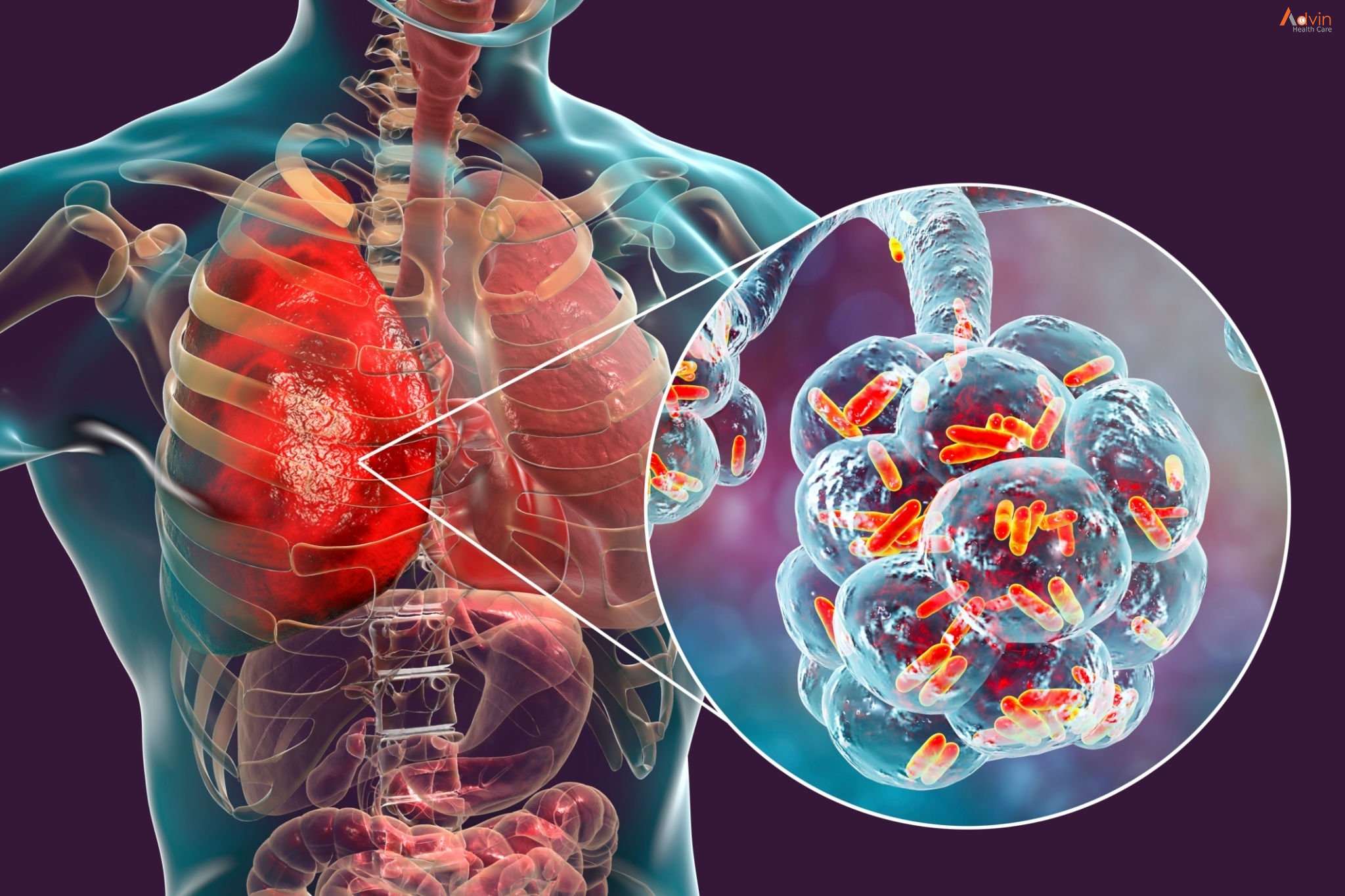 TB is caused by bacteria (Mycobacterium tuberculosis) and it most often affects the lungs. TB is spread through the air when people with lung TB cough, sneeze or spit. A person needs to inhale only a few germs to become infected.

Every year, 10 million people fall ill with tuberculosis (TB). Despite being a preventable and curable disease, 1.5 million people die from TB each year – making it the world’s top infectious killer.

TB is the leading cause of death of people with HIV and also a major contributor to antimicrobial resistance.

Most of the people who fall ill with TB live in low- and middle-income countries, but TB is present all over the world. About half of all people with TB can be found in 8 countries: Bangladesh, China, India, Indonesia, Nigeria, Pakistan, Philippines and South Africa.

About one-quarter of the world’s population is estimated to be infected by TB bacteria. Only 5-15% of these people will fall ill with active TB disease. The rest have TB infection but are not ill and cannot transmit the disease. Both TB infection and disease are curable using antibiotics.

Tuberculosis (TB) is a bacterial disease that usually attacks the lungs. But it can also attack other parts of the body, including the kidneys, spine, and brain.

Not everyone infected with TB bacteria (germs) becomes sick. So, there are two types of TB conditions:

TB is caused by bacteria (germs) called Mycobacterium tuberculosis. The germs spread from person to person through the air. People who have TB disease in their throat or lungs spread the germs in the air when they cough, sneeze, talk, or sing. If you breathe in the air that has the germs, you can get TB. TB is not spread by touching, kissing, or sharing food or dishes.

Although tuberculosis is contagious, it’s not easy to catch. You’re much more likely to get tuberculosis from someone you live or work with than from a stranger. Most people with active TB who’ve had appropriate drug treatment for at least two weeks are no longer contagious.

Since the 1980s, tuberculosis cases have increased dramatically because of the spread of HIV, the virus that causes AIDS. HIV suppresses the immune system, making it difficult for the body to control TB bacteria. As a result, people with HIV are much more likely to get TB and to progress from latent to active disease than are people who aren’t HIV positive.

Tuberculosis also remains a major killer because of the increase in drug-resistant strains. Over time, some TB germs have developed the ability to survive despite medications. This is partly because people don’t take their drugs as directed or don’t complete the course of treatment.

Drug-resistant strains of tuberculosis emerge when an antibiotic fails to kill all of the bacteria it targets. The surviving bacteria become resistant to that drug and often other antibiotics as well. Some TB bacteria have developed resistance to the most commonly used treatments, such as isoniazid and rifampin (Rifadin, Rimactane).

Some TB strains have also developed resistance to drugs less commonly used in TB treatment, such as the antibiotics known as fluoroquinolones, and injectable medications including amikacin and capreomycin (Capastat). These medications are often used to treat infections that are resistant to the more commonly used drugs.

What are the symptoms of tuberculosis (TB)? 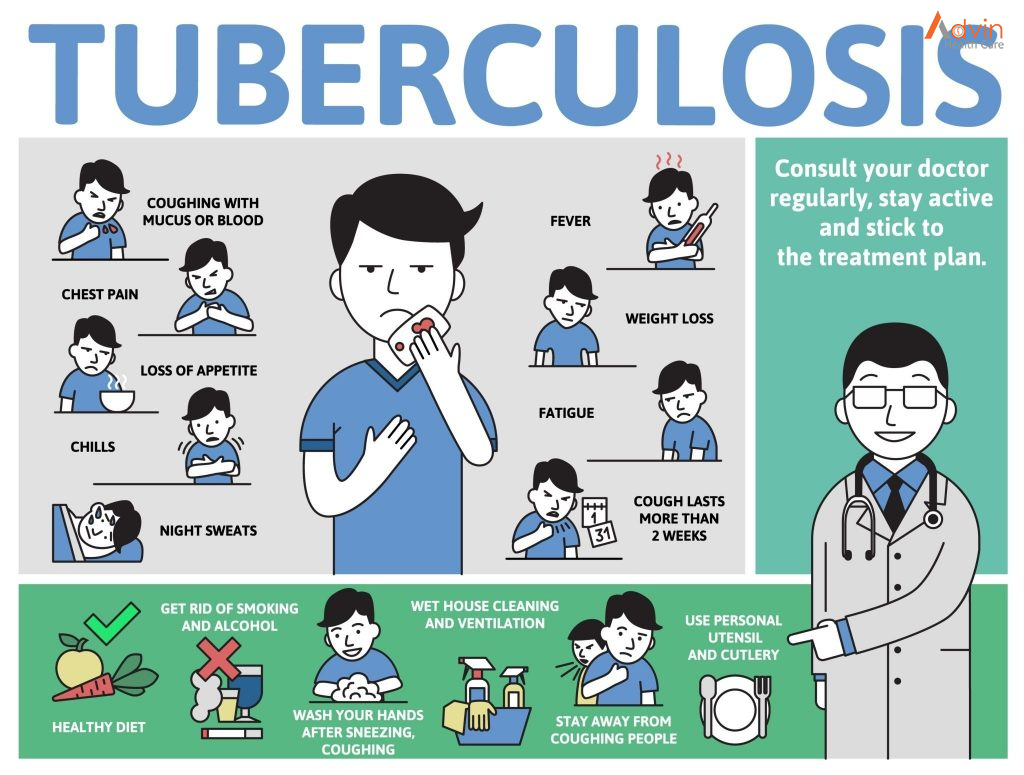 If you have TB disease, the TB germs are active, meaning that they are growing (multiplying) inside your body and making you sick. If the TB is growing in your lungs or throat, you can spread the TB germs to other people. You can get sick with TB disease weeks to years after you’re infected with TB germs.

With TB disease, your symptoms will depend on where the TB is growing in your body

General symptoms may include:

Symptoms from TB disease in your lungs may include:

What is the treatment for tuberculosis (TB)? 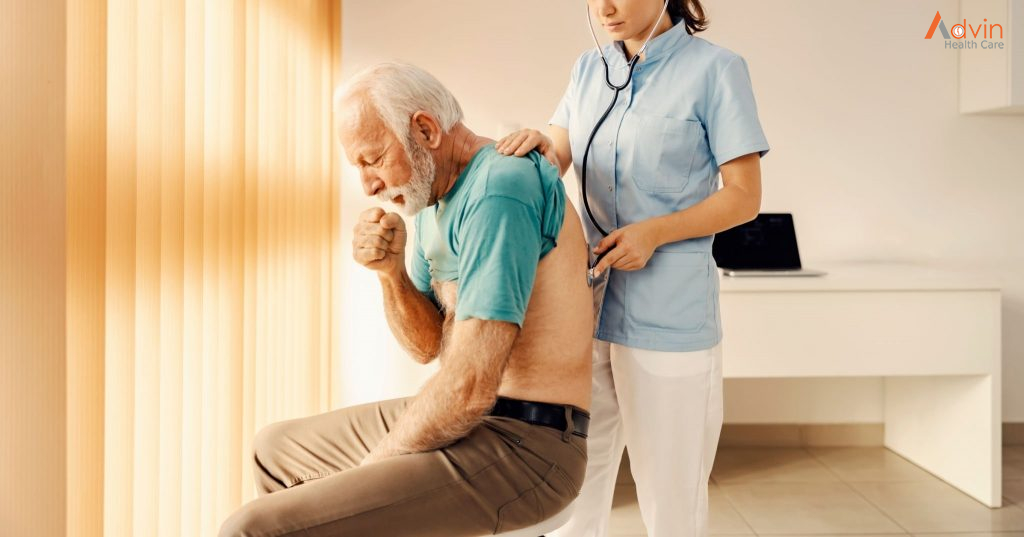 The treatment for both latent TB infection and TB disease is antibiotics. To make sure you get rid of all the TB germs in your body, it’s very important to follow the directions for taking your medicine.

If you don’t follow the directions, the TB germs in your body could change and become antibiotic resistant. That means the medicine may stop working and your TB may become hard to cure.

You can protect the people you live with by: