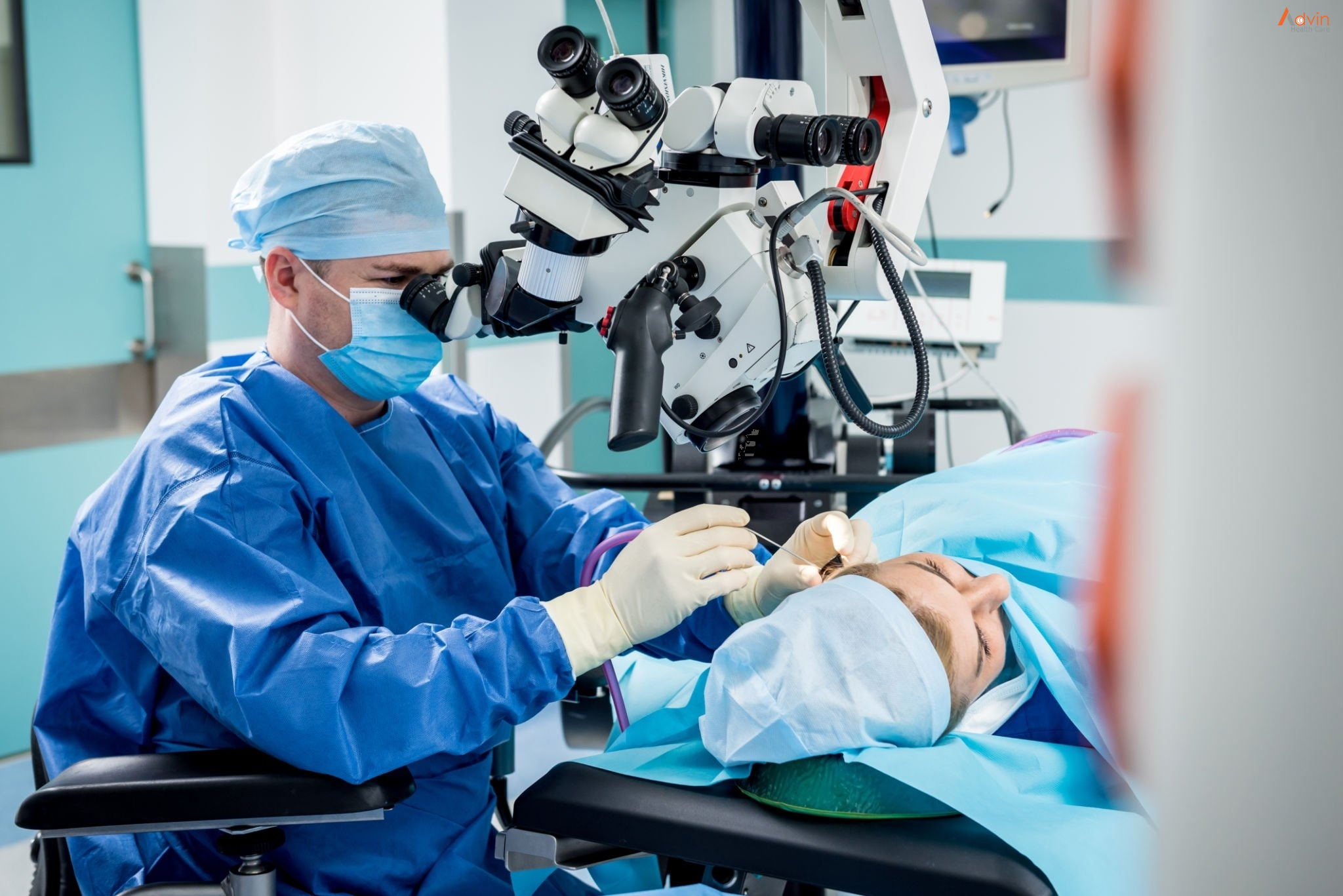 Tympanoplasty is the surgical procedure performed to repair a perforated TM, with or without reconstruction of the ossicles (ossiculoplasty), with the aim of preventing reinfection and restoring hearing ability. CSOM is the most common indication; large invasive cholesteatomas may require a mastoidectomy as well as reconstruction of the TM. The history of tympanoplasty began in the 1950s when Wullstein and Zollner popularized the technique of using overlay graft to reconstruct the perforated TM and restore the sound conduction apparatus of the middle ear. Since then, surgical approaches to tympanoplasty have been modified, as described herein.

Why Is a Tympanoplasty Done?

Doctors do a tympanoplasty when the eardrum (or tympanic membrane) has a hole that doesn’t close on its own. It is done to improve hearing and prevent water from getting into the middle ear.

Kids can get a hole in an eardrum from:

Most of the time, the eardrum can repair itself. So at first, doctors closely watch a hole in a child’s eardrum rather than fix it right away. They might wait years to repair one in a very young child. This lets the ear develop enough to help prevent complications after the surgery. Surgery might also wait if a child has ongoing problems with ear infections. 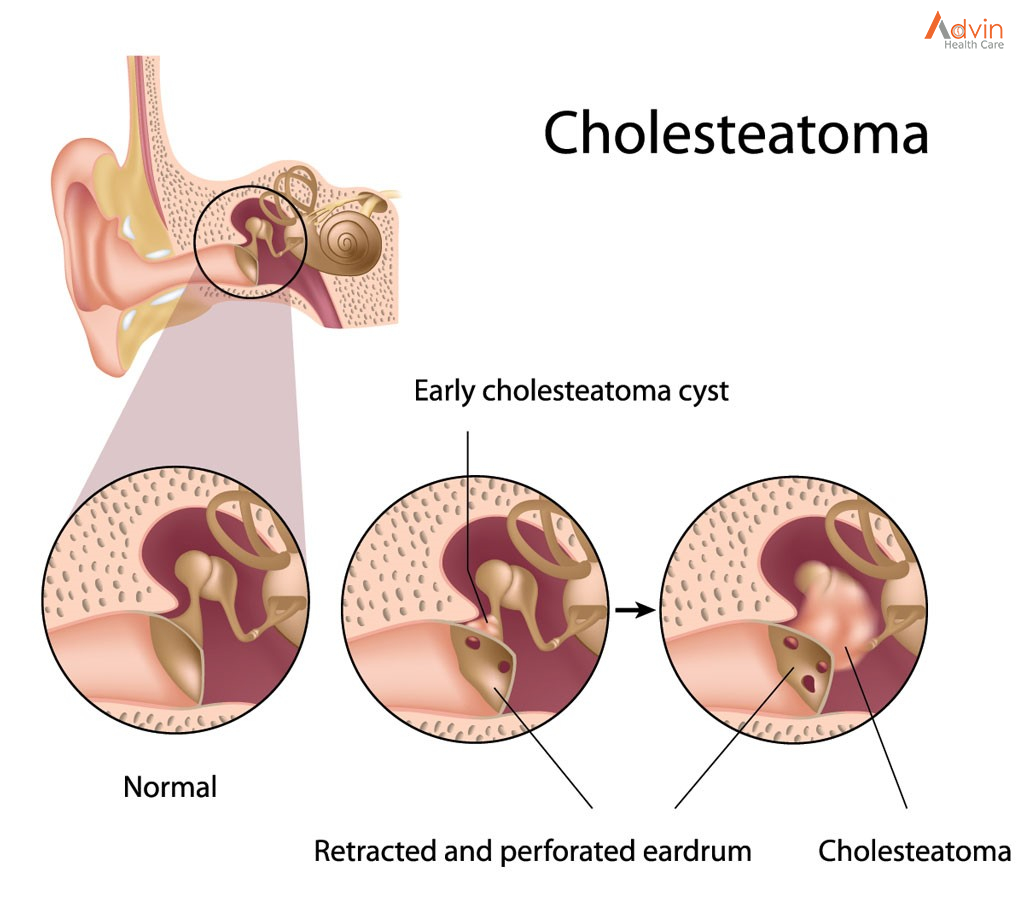 Mastoidectomy is the portion of the operation in which the surgeon removes diseased air cells (cholesteatoma matrix) from the mastoid bone. These diseased cells lie behind the honeycombed cavity (mastoid) in the temporal bone located at the sides and base of the skull behind the ear.

Mastoidectomy is typically required for patients with middle ear infections (chronic otitis media – COM), a long-standing infection affecting the middle ear and frequently accompanied by cholesteatoma (a destructive, non-cancerous skin cyst) or an unhealed eardrum perforation. This infection, if left untreated, can spread into the skull, as well as cause significant hearing loss, dizziness, and brain erosion.

Tympan mastoidectomy procedure is performed in a hospital setting under general anaesthesia and typically takes several hours. During the tympan mastoidectomy, incisions are made inside and behind the infected ear. The middle ear and mastoid bone are opened and the infected tissue or the cholesteatoma is removed. The eardrum is repaired with muscle lining from behind the ear.

Tympanoplasty and Mastoidectomy recovery typically involves 1-2 weeks off of work or school. An initial follow-up appointment should take place one week after surgery for suture removal, after which most normal activity can resume. Packing will be removed periodically as the ear heals.

In some cases, a minor skin grafting procedure (Thiersch grafting) may need to be performed to assist the healing process and avoid infection. During Thiersch grafting, a layer of skin from the inside of the upper arm is transplanted over the surgical area in the ear. This grafting is usually done 10 days after the patient undergoes the tympanomastoidectomy.

It is important to closely follow your doctor’s instructions after the tympanomastoidectomy, including:

It is normal, after a tympanomastoidectomy, to have a bloody or watery discharge from the ear canal, as well as from behind the ear. You may experience some popping sounds in the ear during the first few months after surgery, as the ear heals. You should not be concerned about your hearing for 6-8 weeks after the tympanomastoidectomy, at which time your hearing will be evaluated.

Tympanoplasty surgery is done with in-patient hospitalization, meaning that you have to stay for 24 hours in the hospital after the surgery is completed. The surgery is usually done with general anaesthesia. The surgeon can either enter the inner ear via an ear canal (transcanal approach) or by making an incision behind the ear (postauricular approach). The process is done to reach the tympanic membrane perforation. The surgeon then uses two techniques to perform the surgery: underlay or overlay.

In the underlay technique, the graft is placed under the existing eardrum with a foam-like material that easily dissolves after several weeks. The eardrum uses the graft to cover the area of perforation. In the overlay technique, the surgeon removes the eardrum and places the graft to cover all the areas of the eardrum. The skin of the ear canal uses the graft to build a new eardrum. Once the graft is placed in the proper location and held in a foam-like material, the surgeon then sutures the incision and packs it with dressing. The whole surgery usually takes around two years to be completed.