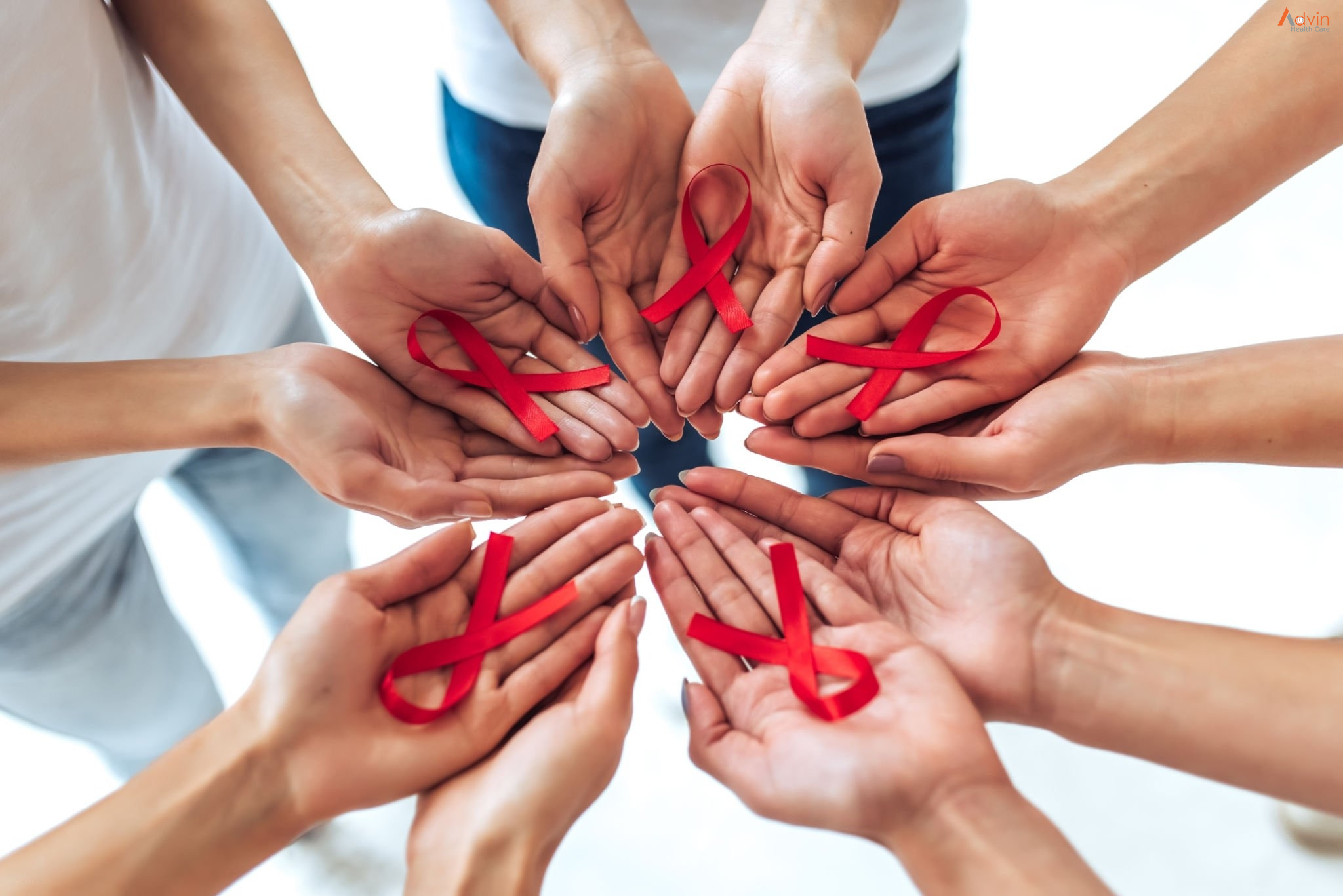 WHO recommends that every person who may be at risk of HIV should access testing. People at increased risk of acquiring HIV should seek comprehensive and effective HIV prevention, testing and treatment services. HIV infection can be diagnosed using simple and affordable rapid diagnostic tests, as well as self-tests. It is important that HIV testing services follow the 5Cs: consent, confidentiality, counselling, correct results and connection with treatment and other services.

People diagnosed with HIV should be offered and linked to antiretroviral treatment (ART) as soon as possible following diagnosis and periodically monitored using clinical and laboratory parameters, including the test to measure virus in the blood (viral load). If ART is taken consistently, this treatment also prevents HIV transmission to others.

At diagnosis or soon after starting ART, a CD4 cell count should be checked to assess a person’s immune status. The CD4 cell count is a blood test used to assess progression of HIV disease, including risk for developing opportunistic infections and guides the use of preventive treatment. The normal range of CD4 count is from 500 to 1500 cells/mm3 of blood, and it progressively decreases over time in persons who are not receiving or not responding well to ART. If the person’s CD4 cell count falls below 200, their immunity is severely compromised, leaving them susceptible to infections and death. Someone with a CD4 count below 200 is described as having an advanced HIV disease (AHD).

HIV viral load measures the amount of virus in the blood. This test is used to monitor the level of viral replication and effectiveness of ART. The treatment goal is to reduce the viral load in the blood to undetectable levels (less than 50 copies/ml), and the persistent presence of detectable viral load (greater than 1000 copies/ml) in people living with HIV on ART is an indicator of inadequate treatment response and the need to change or adjust the treatment regimen.

The Spread of HIV 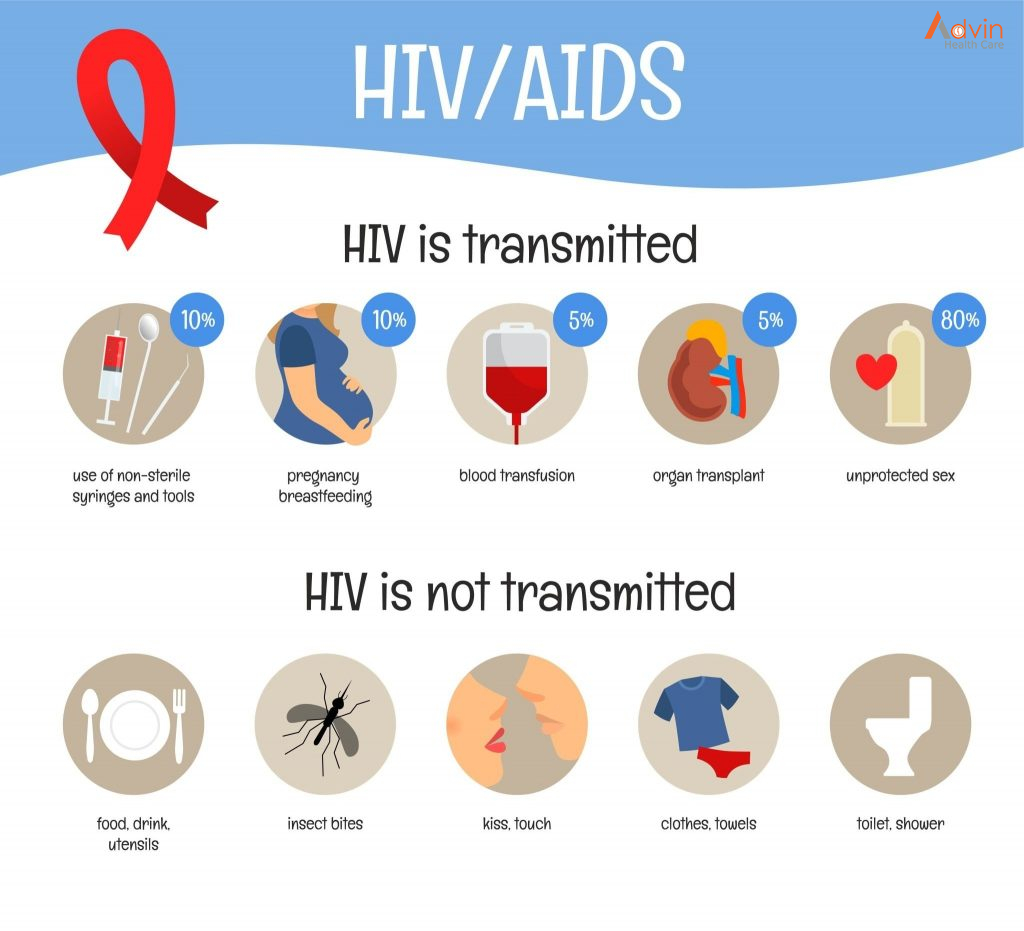 Transmission of HIV occurs through contact with certain body fluids of someone infected with HIV. These fluids include:

The most common form of HIV transmission in the United States is sharing drug injection equipment with or having sex with someone infected with HIV. Mothers with HIV can also pass the virus on to their child during pregnancy, childbirth and breastfeeding, but proper treatment greatly reduces this risk.

Reduce your risk of becoming infected with HIV by practicing the following safe behaviors: 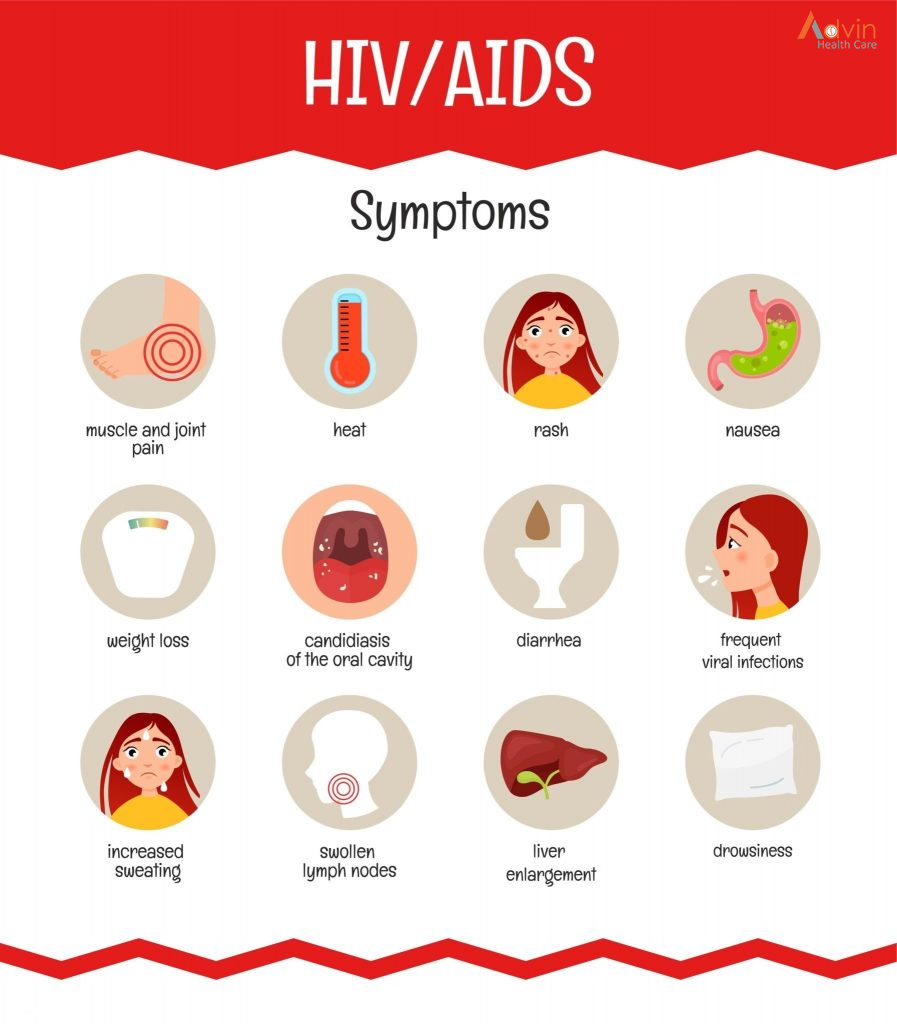 There are three stages of HIV infection: acute HIV infection, clinical latency and AIDS. The infection gets worse as it progresses, eventually overwhelming your immune system without proper treatment. Progression through the stages occurs at different rates depending on a number of factors, including:

Two to four weeks after getting infected with HIV, people may develop severe flu-like symptoms. This is the acute HIV infection stage, which is also sometimes called “primary HIV infection” or “acute retroviral syndrome.” The symptoms can include:

Large amounts of HIV are being produced during this stage, so the number of CD4 cells drops rapidly. The immune response eventually brings the level of HIV down to a relatively stable level called the viral set point. Once the virus level drops, CD4 levels begin to rise, but usually don’t return to pre-infection levels. Due to the high levels of HIV, people in this stage are at a higher risk for transmitting the virus.

After the initial acute stage, HIV moves into the clinical latency stage, sometimes called “chronic HIV infection” or “asymptomatic HIV infection.” The term “latency” is used because the virus lives and reproduces at low levels within the infected individual without producing symptoms. Even though people are free of symptoms during the clinical latency stage, it’s still possible to transmit HIV to others; treatment helps reduce this risk.

Without treatment, the clinical latency stage usually lasts around 10 years, although people may progress through it faster or slower depending on a number of factors. When the viral load begins to rise again and CD4 levels fall, you eventually progress to the third and final stage of HIV infection.

In the final stage of HIV infection, the immune system is badly damaged and the body becomes vulnerable to opportunistic infections. You have progressed to AIDS when at least one of the following occurs:

The level of CD4 cells falls to less than 200 cells per cubic millimeter of blood.

You develop one or more opportunistic infections.

People with AIDS usually survive about three years without treatment. Starting treatment after you have AIDS is helpful, but it’s more beneficial to begin treatment during one of the earlier stages. Most people with HIV in the United States rarely progress to AIDS thanks to effective treatment that controls the disease progression.

There is currently no cure for HIV, but people with HIV can live healthier, longer lives with proper treatment. Using HIV medicines to treat HIV is called antiretroviral therapy or ART. It includes a combination of HIV medicines taken every day. ART prevents the multiplication of HIV and lowers the amount of HIV in the body. Lower levels of HIV helps protect the immune system and keeps HIV infection from advancing to AIDS. Proper treatment also reduces the risk of transmitting HIV to others. 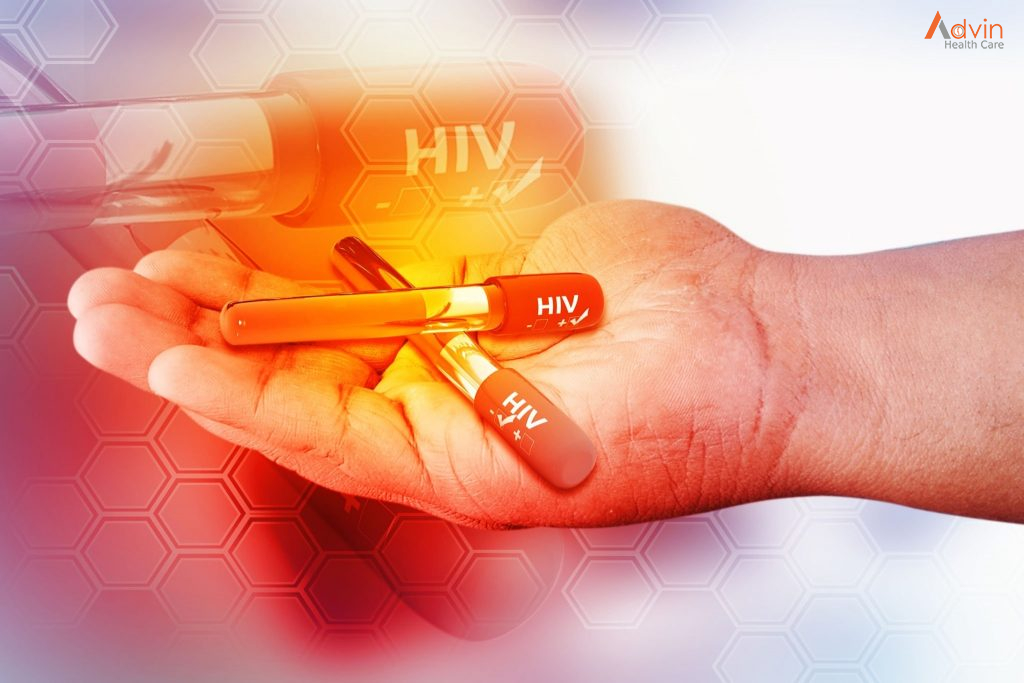 The only way to determine whether or not you have HIV is to get tested. It’s important to know if you are infected because you can take steps to reduce the likelihood of transmitting HIV to others and start treatment. Early treatment is the best way to control the progression of HIV. If you notice flu-like symptoms after suspected exposure to HIV, then see a health care provider immediately. Because HIV infection can be difficult to detect with testing during the initial stage, it’s important to tell your healthcare provider that you think you’re at risk.

HIV/AIDS is a serious infection that attacks the immune system. However, with proper treatment, people infected with HIV can often live as long as someone without the infection.